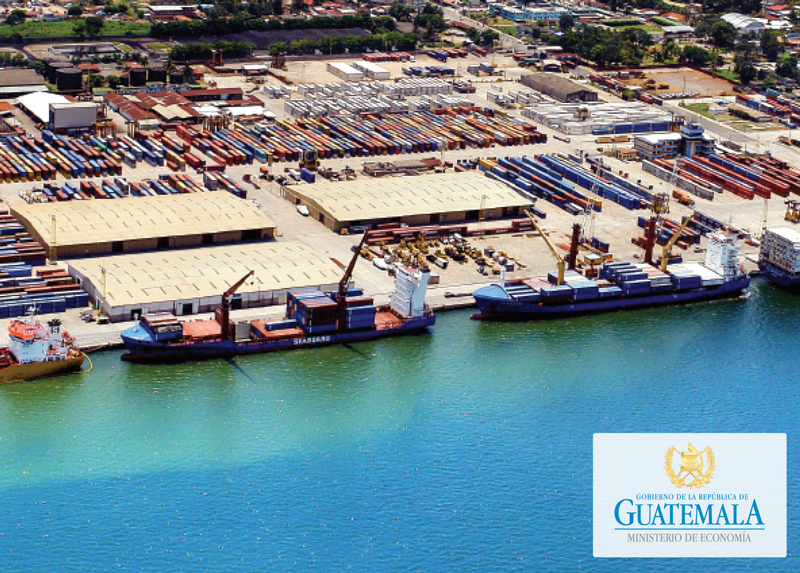 Guatemala, a country for business (MINECO)

The perception of the current economic situation, a business environment that is increasingly positive and the evolution of economic development of Guatemala in the near future are extremely encouraging. This favorable situation is due to competitive advantages, like geographic location, being the largest economy in Central America and having the biggest consumer market with approximately 35% of the population of the region. In addition, the country offers diverse productive sectors with potential for continued development, like light manufacturing, services, telecommunications, communication technologies and power generation, among others. That is why the effort and stability of the Guatemalan economy is reflected in the projections of international financial institutions like the World Bank (WB) and the International Monetary Fund (IMF) that foresee that it will register Gross Domestic Product (GDP) growth of 3.1% in 2017 and of 3.4% in 2018. In that regard, the IMF assures that these encouraging perspectives are due to a fiscal deficit below 2% and having inflation under control. According to the information, in the last quarters, the GDP growth has been promoted by the activities of industrial manufacturers, private services, agriculture, livestock, commerce, transportation and communications. Foreign Trade As a reflection of the dynamism of its economy, Guatemala’s foreign sales have remained at over US$10 billion since 2013, having doubled the total amount in the last decade. Regarding imports, the number reached US$17.002 billion in 2016. The main products are fuels and lubricants, in addition to raw materials for the industry. The purchases from abroad come mainly from the United States, Mexico, China and the Eurozone, representing 79.6% of the total purchased. An important aspect for commerce is that Guatemala is part of the first joint customs territory with Honduras in Central America that makes it a new magnet for investments by the advantages that come from a common area for circulation of merchandise of more than 221 thousand square kilometers, which is equivalent to 52% of the territory in the region. It is foreseen that El Salvador will also join soon. The above also means a potential market of more than 23 million and a half inhabitants. Foreign Currency Income Remittances from Guatemalans abroad have become an important indicator for the national economy. In 2016, for every US$100 of the GDP, US$12 were from family remittances. This flow of remittances has improved the acquisition power for thousands who live here, especially in the provinces. According to Banguat, in 2016 the country received US$7,159 billion under that heading. It is estimated that 6.2 million people in the country get remittances, of which 49.8% are used for investment and savings. 73.6% of the transactions are made through the national banking system. Foreign visitors represent another foreign currency source of income. In 2016, Guatemala was visited by 1.9 million tourists, who left US$958 billion, 33% more than in 2015. The average daily expense of visitors is of US$85 daily. Figures One of the key characteristics of the country is its macroeconomic stability. Indicators like inflation and the exchange rate are stable. In 2016, inflation remained at 4% and it is foreseen that it will be at 4.50% by December 2017. The exchange rate for the Quetzal in relation to the US dollar has remained stable for several decades, which gives it strength in commercial transactions. Moreover, the level of the Net International Reserves continues to strengthen. This indicator up to December 2016 registered an amount of US$9.087 billion. It stands out that the bank lending to the private sector continues to grow and in the same period, grew 5.2%, whereas the credit in local currency increased 8%.

By Guatemala Beyond Expectations
0